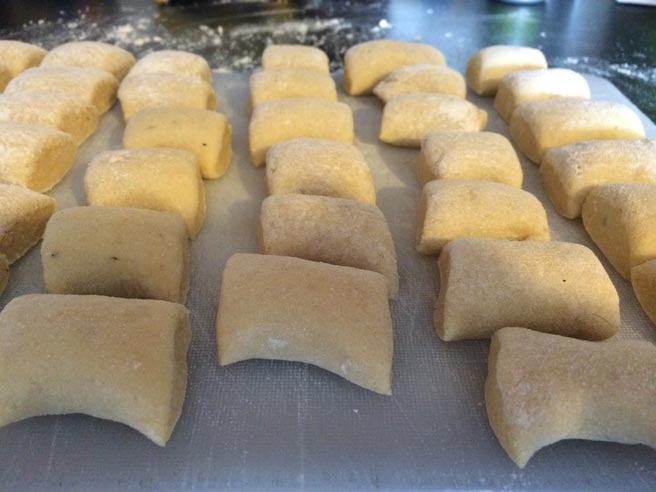 I made gnocchi and it turned out rather well. I’m not really a fan of the fluffy pillows of potato. Every time I’ve eaten it before it’s left me a little under-whelmed and wishing I’d ordered something else. However, the husband is a fan, so I thought I’d give it a go.

With the idea that pan-fried gnocchi might make it more appealing to me, I plumped for this crispy gnocchi with olives and sun-dried tomatoes recipe from Delicious.

Making the gnocchi was a lot simpler than I’d anticipated – boiling potatoes, mashing them and mixing them with flour and egg to make a dough was quick and easy– as was the shaping, although I think mine were a little larger than the norm.

Once made the gnocchi is pan-fried in butter, tossed together with sun-dried tomatoes, olives, basil and mozzarella, then popped under the grill until golden. 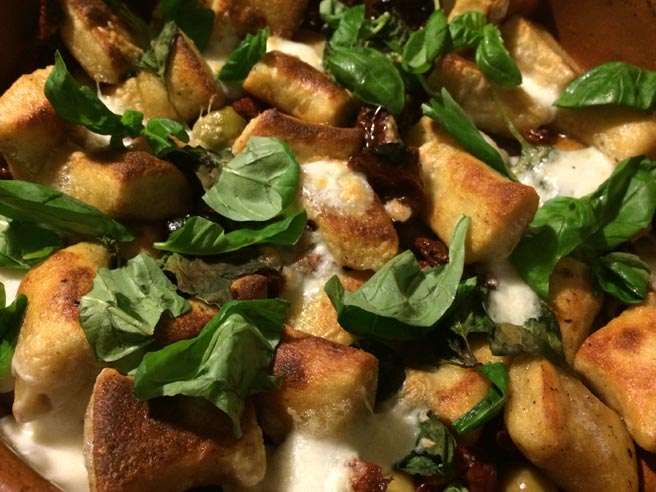 The verdict from the husband: ‘Mmmm, that looks tasty.’ And it was.

The verdict from the cook: ‘While I’m still not 100% sold on gnocchi, this particular recipe didn’t leave me under-whelmed and wishing I was eating something else. 1-0 to the gnocchi!’